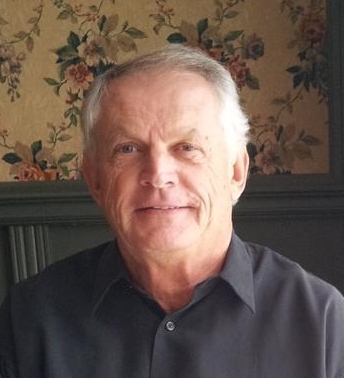 J. David Murphy was born in Barrie, Ontario, Canada in 1948. He obtained a B.A. (Hons.) and law degree (J.D.) from the University of Toronto, and an M.Sc. from the London School of Economics (University of London). He was a partner at a prestigious international law firm based in Toronto. From 1989 to 1996 he was a law professor at the University of Hong Kong. From 1996 to 2000 he was a high court judge in the Cayman Islands. He retired in 2000 to live in Europe, and moved back to Barrie, Ontario in 2013.

Mr. Murphy has been painting since the early 1970’s, but arrived at his current status as a respected artist by an unusual route. Inspired by the famous early 20th century Canadian school of post-impressionist landscape painters, Tom Thomson and the Group of Seven, he started experimenting with oils as a diversion while a law student. During his time practicing commercial litigation in Toronto in the 1980’s he led a “secret life” taking art classes at night from noted teachers in various institutions in Toronto including Danforth Technical School, the Cedar Ridge Art Center, and the Art Gallery of Ontario, and showing his work in collective exhibitions. He benefited from advice received from various inspirational painting mentors and colleagues.

During his years in Hong Kong as a law professor he experimented with watercolor and took classes in Chinese brush painting and art restoration. He also developed a research specialty in art law, published numerous scholarly articles on the subject and lectured worldwide. He is the author of a book on the legal aspects of the trade in Chinese art, published by Oxford University Press.

Much of his work in oil features boldly-colored northern Canadian wilderness landscapes which have been exhibited in commercial galleries and exhibitions in Canada. However he has also done a series of European urbanscapes during his time living in Malta, for European exhibitions. He has had several one-man shows as well as numerous other exhibitions in Canada and Europe. His work hangs in public and private collections.

His work has been praised for its vibrant colour, colour combinations, and subtle values and tones.